Tim Morrow farms at Streamvale Farm, a dairy farm situated in the Castlereagh Hills above Dundonald. Tim has worked on the farm since his return from a stint at Newcastle University in 1980. During his time, there has been some noticeable changes and diversification to the farm business, most notably the start of an ‘Open Farm’ in 1987. The 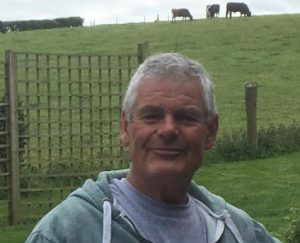 Open Farm at Streamvale has proved to be a popular attraction to many, with 150,000 visitors per year and growing. This gives many people their first, and sometimes only, experience of a farm and how they work. This provides Tim with a great opportunity to educate on how to farm with nature, not against it. Around 1990, the farm took a new direction, turning to a low input New Zealand style spring calving system and has operated this way for the past 30 years.

Streamvale is certainly ahead of the curve on changes like this and they have already decided to switch to a once a day milking system this year. This will reduce the labour involved, increase the quality of milk production and improve animal welfare with less stress on both the cows and Tim! The farm has also committed to reducing their fertiliser usage, however they have admitted it is unlikely they will go fully organic. To reduce fertiliser dependency, Tim has plans to stitch more clover and mixed pasture mixtures into his grasslands in the years ahead. Tim has a long history with Northern Ireland politics, with his father a former deputy leader of the Alliance Party and himself serving 10 years as a councillor and even a stint as Lord Mayor. Tim retired from politics in January 2020 to help the farm through another period of diversification. The farm began a food delivery business in March 2020 and they are now delving into sustainable rural tourism with the glamping business due to open at Easter 2021.