The Agriculture (Retained EU Law and Data) (Scotland) Bill otherwise known as the “Scottish Agriculture Bill” has just been passed by the Scottish Parliament following its final Stage 3 debate. Why does this matter and what are the implications for farmers, farming and the environment in Scotland?

This Bill sets out to deliver the Scottish Government’s plans for a period of transition from 2021-2024 creating, amongst other things, powers to bring forward legislation to simplify or improve the European Union (EU) Common Agricultural Policy (CAP) post Brexit. The Bill ensures that on exit day, Scottish Ministers have the powers to provide financial support to farmers over the next few years. Some of this funding is of direct benefit to biodiversity, climate and the wider environment. 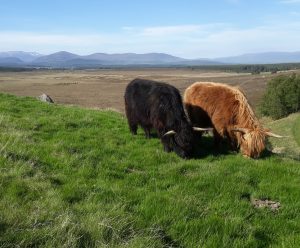 NFFN Scotland supported the principles and intention of this Bill but felt that Scottish Government should have gone further. Working with Scottish Environment LINK, the Scottish Food Coalition, Stop Climate Chaos Scotland, Scottish Land and Estates we wrote to Fergus Ewing Cabinet Secretary for Rural Economy and Connectivity pressing for amendments to the bill. Specifically, we called for a Purpose Clause to be inserted that ensured any changes made were for one or more specific purposes including contributing to reaching net zero emissions by 2045, to halt the loss of biodiversity, facilitating local supply chains, encouraging innovation and resilience in agriculture. Disappointingly, despite a substantial debate on this point and support of Labour, Conservative and Green parties MSP’s we were unable to persuade the Liberal Democrats and SNP to back the amendment, so it did not pass into law. There was however another important amendment which did pass in relation to new agricultural policy which requires that Scottish Ministers must lay out in a report before the Parliament on progress towards establishing a new Scottish agricultural policy and do so no later than 31 December 2024. This report must include policies and proposals as to the sustainability of Scottish agriculture and its resilience to climate change and the improvement of productivity of Scottish agriculture, amongst other things. It must also outline any legislation that will be required to implement the policies and proposals and a timeline of when that legislation will be introduced

Looking forward NFFN Scotland will be looking to engage with all the political parties in the lead up to Scottish Parliamentary elections and beyond to ensure that there is a long-term vision for Scottish rural development policies which support Scottish agriculture at the same time putting it on a path to net zero by 2045, addressing the biodiversity crisis and building resilience and profitability and supports the farmers and crofters who need it most.