What is the consultation?

What are the NFFN’s key recommendations? 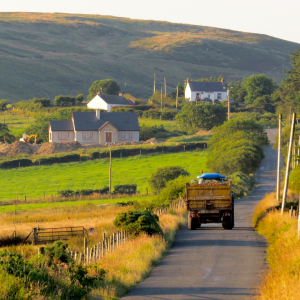 We believe that the objectives of the Climate Change (No. 2) Bill are unacceptably weak, lacking in ambition and open to change at the sole discretion of the Department (DAERA). The bill lacks the critical components necessary for suitably ambitious climate change legislation, namely:

The GHG emission reduction target for 2030 is very close to what the latest scientific evidence suggests is necessary (i.e. a reduction of approximately 50% by 2030), and as such, is within the range of what is acceptable. However, NFFN believes that the targets for 2040 and 2050 show a lack of ambition and fall well short of what NI could and should be aiming to achieve.

Having a delivery plan to map out how targets will be achieved will also be crucial. This is the role of the Climate Action Plans, as outlined in the Private Members Climate Change Bill. Given the lack of provision for climate action plans, it is less likely that the outcomes, which are lacking in appropriate ambition, will be achieved.

However, NFFN welcomes the proposed use of carbon budgets as a well-established and necessary approach to meeting GHG reduction targets. They should specify limits to carbon emissions within the period of the commitment and be aligned with the dates of the interim targets. Carbon budgets should include the quantified contribution of nature and natural habitats to carbon sequestration.

We are concerned that the bill gives DAERA the sole authority to alter the targets for 2030, 2040 and 2050 both in terms of the scale of emission reductions to be achieved and the year by which those reductions are to be achieved. In short, they have the power to change the targets as they see fit and as such the targets in the bill are not really fixed targets at all.

NFFN believes that a ensuring a just transition will be an essential component of any future Northern Ireland climate change legislation. Unlike the Private Members Bill there is no provision in the Climate Change (No. 2) Bill for such a transition. In our opinion, this is a major failing. It is disappointing that the bill does not see fit to support sustainable jobs and job growth, net-zero carbon investment and infrastructure, create work and reduce inequality, poverty and social deprivation.