Nirmal Purja, on completing his unique winter climb to the summit of K2, reflected that “Mother Nature always has bigger things to say”. The roar of the wind on that savage mountain would have filled his ears, but we should listen to his wisdom without necessarily scaling a 26000ft peak. Jane Goodall and David Attenborough, august voices of nature, have expressed their view that, among a range of ghastly outcomes, covid 19 is caused by the disintegration and disconnection from the natural world.  They, too, are telling us to listen, and to act accordingly. 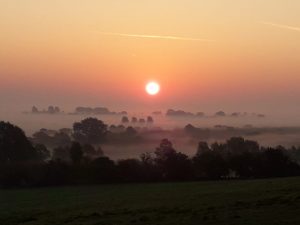 Back at home, I have been alerted to some less well-known voices. Having pursued an ambitious conservation plan on the farm for over a generation it is disquieting that many species special to our landscape are still in steep decline. I have been looking intently to the works of the rewilders, particularly a nearby project at Knepp Castle Estate, which now boasts the highest song bird densities in England, for inspiration. Their results are challenging the paradigm of conventional good conservation, causing me to review what we do on our marshes and meadows. Over the last decade we have grown wilder. There is even a patch of the farm referred to as Mini Knepp, and another, where our lapwing nest, called Little Elmley, after the great North Kent nature reserve, but the “whole hog” of rewilding remains economically too difficult. We must continue with our cattle and our sheep or face bankruptcy. This is what deep environmentalists refer to as The Tragedy of the Commons. Mulling over this impasse is taxing.

Just as we must keep “doing”, we must keep listening. With great relief comes a message from another senior voice of nature, Beccy Speight, the bright new CEO of the RSPB. Understanding the new energy of the rewilding movement she has played the sensible hand. She has called for a moderation of the “polarisation” created by extreme demands. Let us use farm land to spread our reserves into, she says, to merge boundaries and extend the connectivity of wildlife habitats. Let us get “good conservation” played out more widely by joining with the farming industry. Let’s not alienate farmers with painted words and plastic concepts. 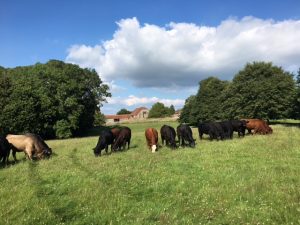 I find many like minds in the farming industry’s own regenerative agriculture movement and in a neat little organisation called the Nature Friendly Farmers Network. The National Farmers Union is finally embracing its role in the conservation of natural resources, championed by the effervescent President, Minette “Zero” Batters, and the Country Land and Business Association continues to work well in this field. All are asking the Government to do more and to get on with it quicker, but successive Defra minister’s fine words are not yet “buttering the parsnips”. “Net Zero” requires radical change, and it will be catastrophic if the new ELMs farm policy fails to deliver.

At the kitchen table I hear keenly from my wife and our three daughters the urgency of the plight of our wildlife. Sharing their impatience, and always wanting to do more, I read widely for further inspiration. And between the covers I have met a fellow shepherd, from the Lake District, called James Rebanks, whose two books, The Shepherd’s Life and English Pastoral, provide some of the clearest and most emotionally acute and honest words to be found on the subject of both farming and farming for wildlife. In a recent interview on New Zealand radio with Kim Hill he was asked whether he thought his farm would be a better place without his flock. “Don’t be a dingbat”, he replied. 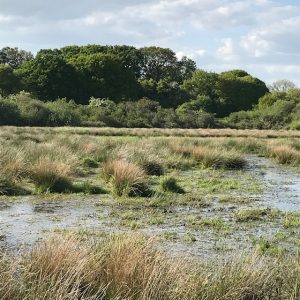 I have been reliably informed that the farmer’s head is the most critical environmentally sensitive area. This one is beginning to fill with voices. To clear my mind I seek the wild places in the reaches of our marshland or beneath favoured trees. On my own, in these place’s quiet purity, I can hear, as Nirmal could on K2, that Mother Nature is truly asking for bigger things.

Martin is a member of the NFFN England Steering Group. To find out more about Martin’s Farm go to www.montaguefarm.co.uk 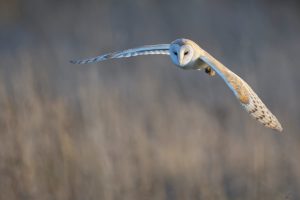 day said, ‘the 2020s will be a decade of change for British agriculture.’ This time last year seems a lifetime ago already with Brexit, The Agriculture Bill and the Covid pandemic but we can see that the impact of all three will change our industry immeasurably. Through all of this we need to ensure that we have farms, businesses and an industry that is fit for the future and we are starting to see what that future is going to look like. As farmers we need to be as productive as we possibly can be but in ways that we have not considered in the past. Production for us no longer means the amount of wheat in the barn at the end of harvest but the amount of wheat produced using as little fertiliser and spray chemicals in a farming system that increases soil health and water quality, while reducing emissions, sequestering carbon all on a farm full of wildlife – simple. 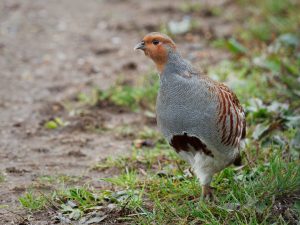 Sound business rationale will have to be the base of every decision and moments of head scratching in the farm office, as the 60-year safety blanket is phased out. Knowing the cost of everything will be vital to making decisions to ensure a profitable short and long term future. I cannot see a more important time for every farm to be engaging in an environmental stewardship scheme. Receiving a guaranteed income for land that does not guarantee a return should be top of every farmer’s list of New Year resolutions. Doing everything we can to increase our environmental credentials not only sends a message to the policy makers (who are listening) that we can be part of the long-term solution to environmental improvement, but also to our public who are desperate to support our industry but have been let down so many times by reports of bad practice and negative press.

There is no magic bullet to being fit for the future, however there are a number of steps that can be taken to arm ourselves with the information that we need.

In 2007 we decided at the very start of our first ES scheme that if we were taking public money, we wanted to be able to show how we were using it and the benefits that it produced. I started recording the birds I saw on the farm and compiled data for a few external projects like the Big Farmland Bird Count. This has been done consistently since then and I now have sent data to 30+ NGO projects, have 2 volunteer recorders out on the farm most weeks and, for 2020, have just sent over 4000 individual records of 10,000 sightings of 403 species to the Suffolk county recorders. Whether it is wildlife recording, carbon offsetting, making money or converting to a whole new farming system if you start small and work at it you never know where it might take you.

Patrick is a member of the NFFN England Steering Group and farms in Suffolk with his cousin. The farm aims for high yields combined with high level conservation and is a LEAF demonstration farm and AHDB Strategic Farm. Follow on twitter  @The_Barker_Boys