NFFN Calls for Stronger Protections in the Trade Bill

Earlier this week, the landmark Trade Bill returned to the House of Commons for consideration of the amendments tabled in the House of Lords. This process – known as ‘ping pong’ – is the final stage of a Bill’s progress towards becoming law and enables Parliamentarians a final chance to push key issues to a vote. 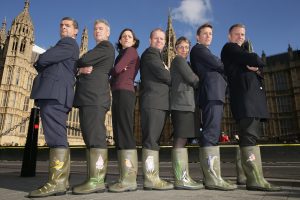 The Nature Friendly Farming Network, along with organisations across the environmental and farming sectors, were supportive of several Lord’s amendments, specifically ones that would give Parliament a greater oversight of future trade deals and the development of a ‘code of conduct’, specifically outlining environmental and animal welfare standards.

Sadly, despite collective pressure, MPs voted down both of these amendments on Tuesday. Whilst an amendment on the Trade & Agriculture commission (TAC), a body recently set up to advise on future trade deals relating to agriculture, did pass, there was an additional Government amendment restricting the TAC not to ‘advise on matters relating to human life or health’. The NFFN has been concerned for some time about the lack of power and diversity of representation in the TAC and this amendment further underlines how this body is lacking in any real ‘teeth’.

We have not given up yet though and the Bill will return to the Lords, where we hope a further attempt will be made to include these amendments once more, sending a strong message to the Government that these protections need to be enshrined in law.

You may have seen our recent Trade Bill video on Twitter and other social media, outlining the importance of protecting and supporting our domestic high standards when it comes to trade deals. Subject to how the Lords vote, we will be running more public activity on this and welcome your support in contacting MPs!

The Trade Bill will be before the House of Lords on Tuesday 2nd February.