Recently the Minister for Agriculture Environment and Rural Affairs announced his plans for a future agricultural policy framework, representing the biggest shake-up of farming and land use in the country for 40 years. 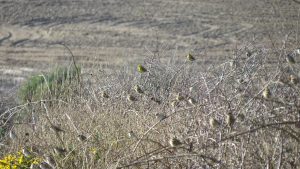 There is a pressing requirement for Northern Ireland to deliver a sustainable agriculture industry which is productive and guarantees that farmers earn a fair return whilst ensuring food is healthy, affordable and sustainably produced.

Across the country, farmers have been facing the destructive combination of nature decline, ineffective EU farming policy which has brought about a decline in nature and now Brexit, which is forcing them to face an increasingly uncertain future. On average, farm business incomes have plummeted by 26% in just two years.

We now have an opportunity to deliver transformational change secure sustainable farming and land management; however, without clear commitments from policymakers, farmers won’t invest in the nature-friendly farming approaches that are critical for their long-term survival.

Farmers want to be a part of the solution and many understand the value of working with nature to increase productivity. By transforming our food and farming system to one that rewards farmers for protecting nature, both wildlife and businesses thrive.

The Nature Friendly Farming Network welcomes the Ministers announcement and on the creation of new funding schemes, which will reward farmers for delivering public goods such as flood protection, carbon sequestration and public access to nature.

However, these promises must be backed up by bold action and a clear timeline that farmers can work towards.

We desperately need an agriculture policy framework that is supported by devolved legislation. This legislation is so fundamentally important as it would set out the transformational approach to the way that farmers will be rewarded to deliver environmental improvements.

Change will not be easy, but it is crucial if we want to have a sustainable food system in Northern Ireland. The Northern Ireland Executive can and must grasp this opportunity and commit to a bold agriculture policy framework and ambitious targets, so that we can build a farming future that benefits both farmers, the public and nature.